A presentation on the ‘Impact of Budget 2015 on GDP’ was made by six teams comprising of BCom and BBM Undergraduate of  DSBA on 3rd March 2015 at the Seminar Hall during the college hours. The Principal Brig. (Retd.)Dr.Sandes, the Dean Prof.G.S.Sreekiran and the faculty of DSBA were present.Prof.Usha and Prof.Crissy Mathew co-ordinated the event.

The students spoke at length about the challenges faced by Indian economy, reforms in the manufacturing and service sector, infrastructure development, state of economy , emphasis of budget  on skilled India-made in India., factors responsible for fall in GDP ,  factors to overcome the decline in GDP. Some comparisons were drawn to the previous year’s budget too. To drive home the point, during analysation the students also gave their proposals and suggestions that could help increase in GDP.

The audience participated by raising queries and the presenters deftly answered each one of them. The judges posed questions to both the presenters as well as the audience. Chocolates were given as prizes to those students who either raised relevant questions or answered the question aptly. The Principal stated his expectations and shared his views on the analysis of the presentation made by the students.

The judges shared their observations with the presenters, advised them on presentation skills and finally gave a presentation themselves on the theme.

The result was announced by Prof. Usha. Prizes and certificates were awarded to the students by the Principal. 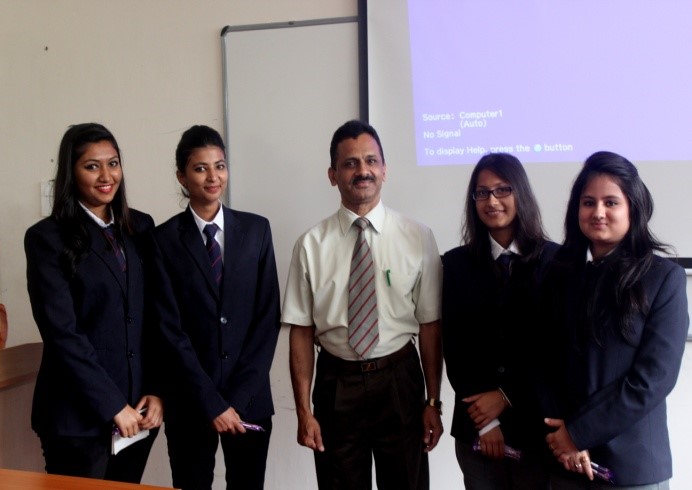 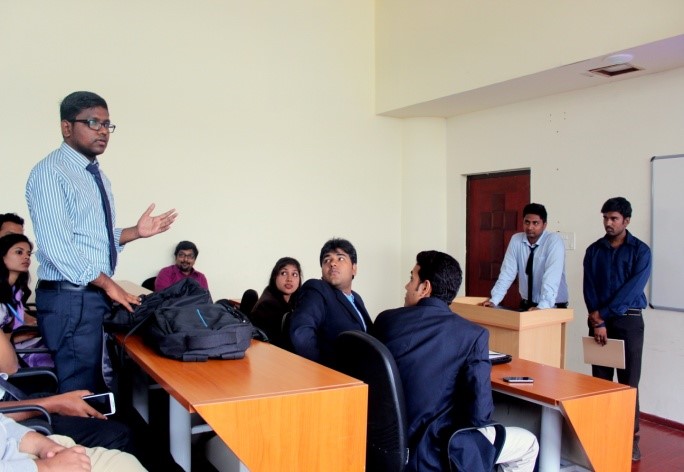