NSS Wing of DSBA decided to celebrate the birthday of the “father of India's military missile program” Dr APJ Abdul Kalam which was on the 15th October, “Iron Man of India” Sardar Vallabhai Patel which was on the 31st October and the Karnataka Rajyotsava which was on the 1st November conjointly on the 3rd November’15 in the forenoon in the DSBA Foyer.

The programme was coordinated by Prof. Kasthuri Gopal, NSS Coordinator. The Dean Dr. Veena was present.

The programme started with the melodious rendering of the Karnataka State Anthem. The students as well as the faculties joined in.

To draw out the immense creativity of the students a Collage Making Competition, on the theme “Freedom Fighters -1880-1947”, was organized for the students. The time allocated was one hour. The air was filled with creativity. The efforts put in by the students were appreciable and the students thoroughly enjoyed making their collages.

The judges for the competition were Prof Sivaselvi and Prof Chaitanya.

The winners were as follows:

The Runners up were: 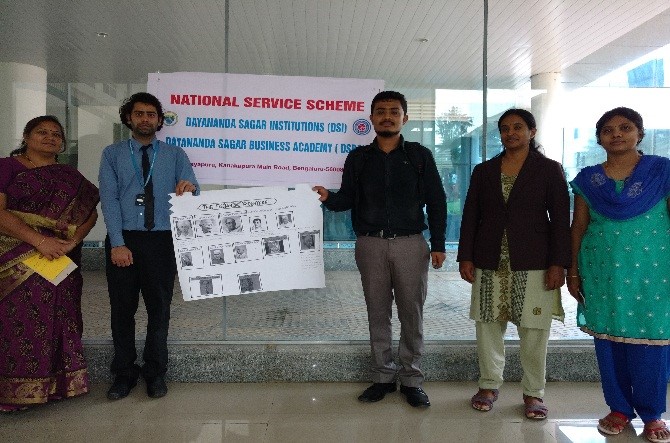